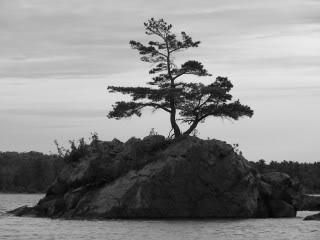 Zavod Arsenal is shut down

Zavod Arsenal is shut down

The Arsenal factory in Kiev, Ukraine has shut down. It was one of the oldest factories in the world with continuous production for 245 years. I made all sorts optical equipment for the Soviet Union and Eastern Bloc countries for both civilian and military uses. It also produced lots of equipment used in the Soviet and Russian space programs and it is currently under the control of the Ukrainian space program. It continued operations after the fall of communism and their products started to become more common in the West. Quality control was really bad by today's standards but it was a good source for cheap optics. A cottage industry was also born from the need to service, fix and improve Arsenal products for selling in the West. Hartblei and Arax are the most famous of these firms. My Arax medium format camera started out as a Kiev 88 made at this factory - but its completely redone. Metal shutter was replaced by a cloth shutter, all gearing was rebuilt and reinforced, backs were rebuilt, all light leaks were fixed, mirror lock-up feature was added, Pentacon-six mount was installed, etc. The 80mm lens that came with it is pretty good - matches my Zeiss Jena 80mm Biometar in sharpness and has nicer bokeh wide-open though the mechanics are a bit rougher than the Zeiss. It has been far more reliable than the Czech-built Flexaret TLR that literally fell apart in my hands. Hartblei is no longer in the business of modifying/fixing Arsenal products - it now builds very high-quality shift/tilt lenses with optics from Zeiss.

Anyway, the Arsenal factory takes up a big chunk of prime real-estate in downtown Kiev. Kiev is actually one of the fastest (if not the fastest) growing European cities economically. From what I've read (with the help of Google Translate), it is alleged that the administrators are corrupt and want to profit from the sale of this real estate. The workers were all discharged and there has been massive protests. The workers allege that the administration refused to meet with them and that they ignored Chinese investors that were interested in the plant. At its peak, there were thousand of workers employed there.

Apparently, whatever they had in stock was bought up by Arax's owner Gevorg Vartanyan. If you want cheap but new Soviet stuff, this may be the time to buy. I don't think the prices will increase much as there is lots of used stuff out there but supply for some of the more obscure offerings may dry up. Shif-tilt lenses, for example. Once in a while, I get an urge for a Arsat 55mm PCS shift-lens - a Soviet "equivalent" of the excellent and extremely expensive Schneider 55mm PCS shift-lens for medium-format cameras. It was a quite common lens just two years ago - now nearly impossible to find cheap. Also, there is a 35mm shift-tilt lens for 35mm SLR's that is much cheaper than shift lenses offered by the major manufacturers and ought to be an attractive alternative for someone who does architectural photography. You can forget about trying to find the Hartblei-built version of the 35mm with its wonderful super-rotator shift/tilt controls but the less expensive and more common version with the Canon-style shift/tilt controls are out there.